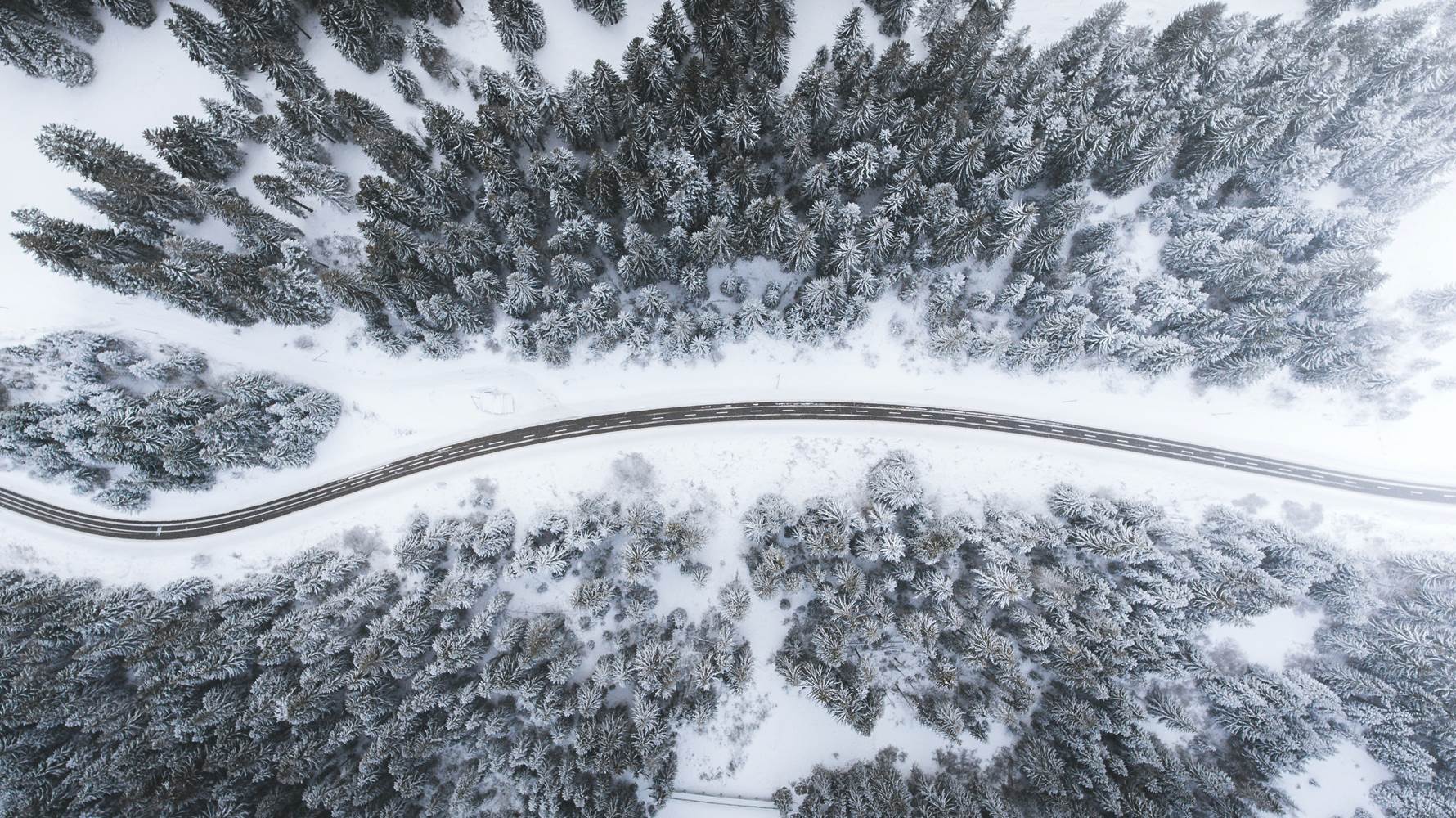 Sorry Game of Thrones fans. This article has nothing to do with the House of Stark, dragons or the battle for the Iron Throne, and yet, the reference is not completely lost when it comes to NDC.

In technology terms, ’spring’ is used to express periods of extreme excitement, progress and investment, while “winter” can be seen as a period of waning interest and investment in a technology.  NDC has had a resurgence of excitement, investment and progress and we are well and truly enjoying the spring. But how do we avoid another NDC winter and ensure the benefits gained do not become lost?

The field of Artificial Intelligence (AI) is familiar with this cycle of ‘springs’ and ‘winters’ having experienced several hype cycles, followed by disappointment and criticism, followed by funding cuts, followed by renewed interest.

What can we learn from this and how can it be applied to the NDC Journey so we can avoid an NDC ‘winter’ or ‘trough of disillusionment’ for those familiar with Gartner’s Hype Curve?

First, we need to look at the factors influencing the adoption of NDC, from both the customer(s) and product side to fully understand the path to mass adoption and critical mass.

Everett Rogers’ adoption curve includes five (5) adopter categories, each with their own traits, motivations and tolerance for risk. This curve helps us understand the adoption or acceptance of new technology as it relates to customer behavior. 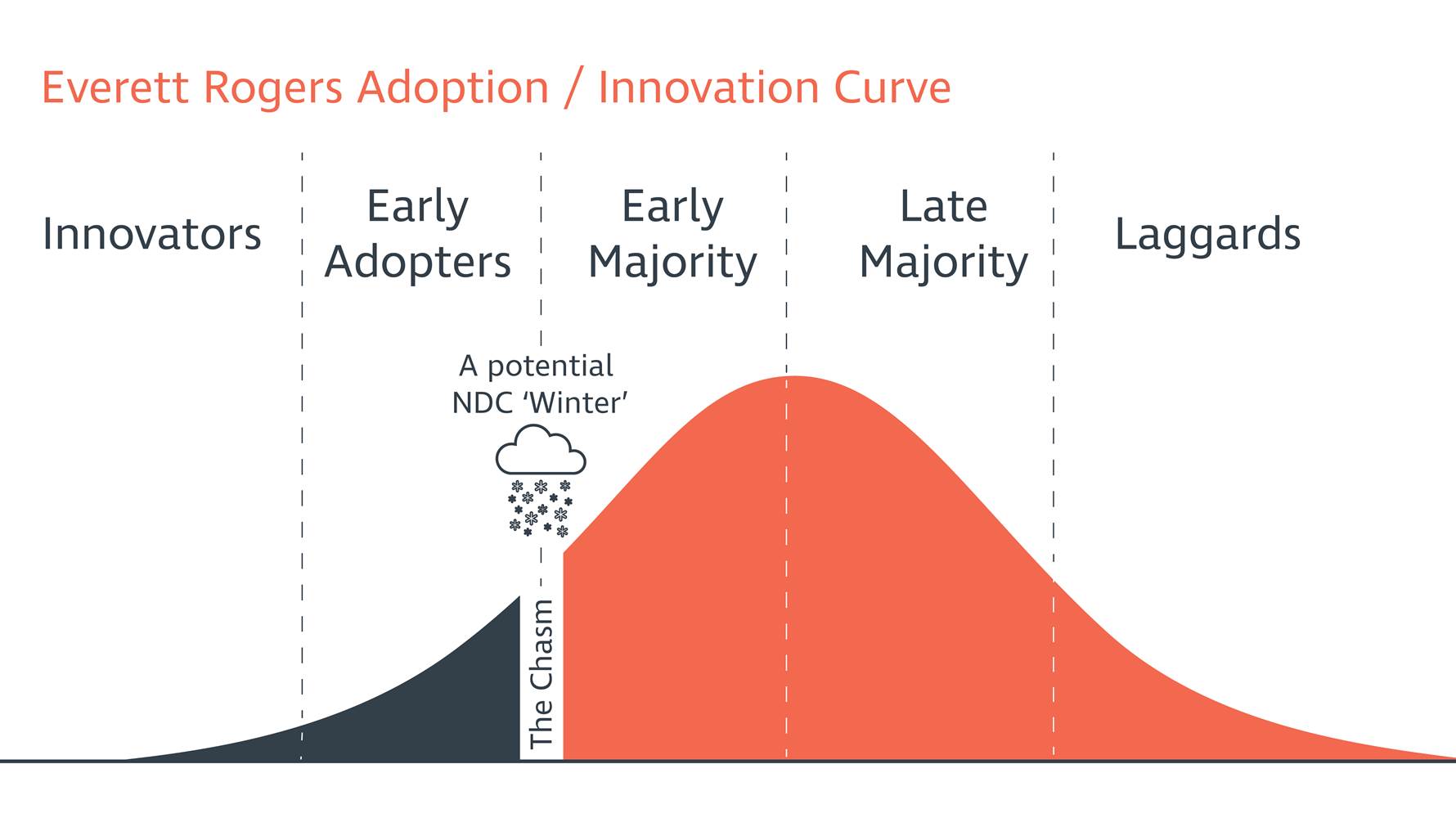 Individual adoption groups prefer to listen to references and are influenced by peers within their own group and tend to have different needs.  This creates a theoretical credibility gap between each category which stems from seeking to use the group on the left as a reference base for the group on the right, when in fact they have different expectations. i.e. Innovators have a credibility gap with early adopters. The most difficult critical credibility gap to overcome on the path to mass adoption is between early adopters and early majority because they have very different expectations. This creates an opportunity for ‘winter’.

What are the early majority looking for?

Unlike early adopters, the early majority have a lower tolerance for risk and focus on concrete and proven benefits. They generally want to see solutions start to mature to further reduce risk and costs and typically need to see evidence that the innovation works before they are willing to adopt it.

So how do we minimize this gap and avoid an NDC ‘winter’?

By taking these 4 key actions I believe we can drive NDC adoption and avoid an NDC winter:

I am very optimistic about the opportunities to improve traveler experience through the rich content, improved choice and flexibility that will be enabled by NDC. We are clearly in NDC spring, have made significant improvements over the last year and are approaching the most difficult phase transitioning between early adopters and early majority.

By recognizing and planning for the differences between early adopters and the early majority we can bridge the so-called ‘credibility gap’, but we will need more to avoid a ‘winter’. In my third and final blog of this series, I’ll talk about the product related factors that will influence NDC adoption and the ‘levers’ we need to start moving in order to drive mass adoption. 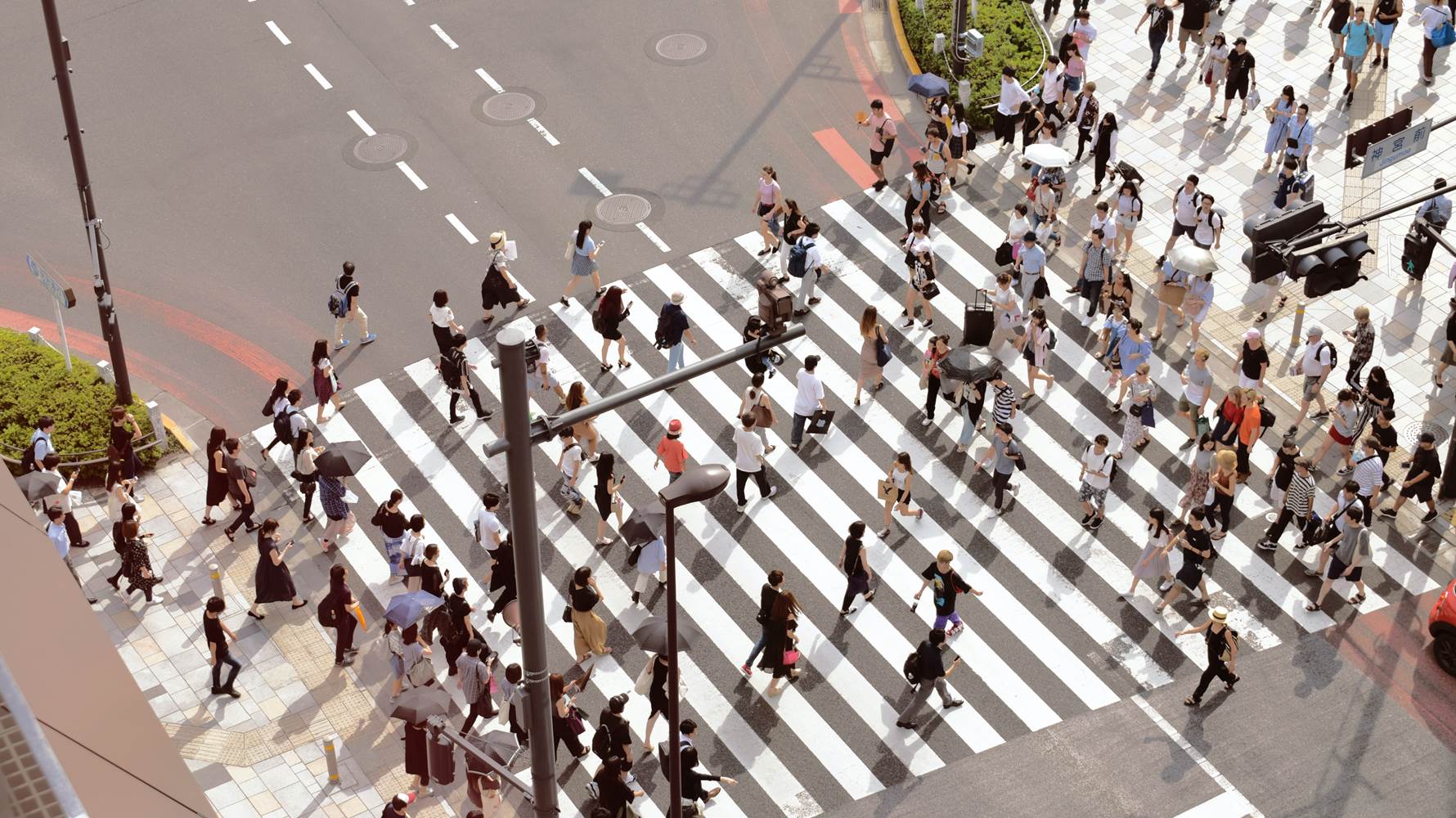