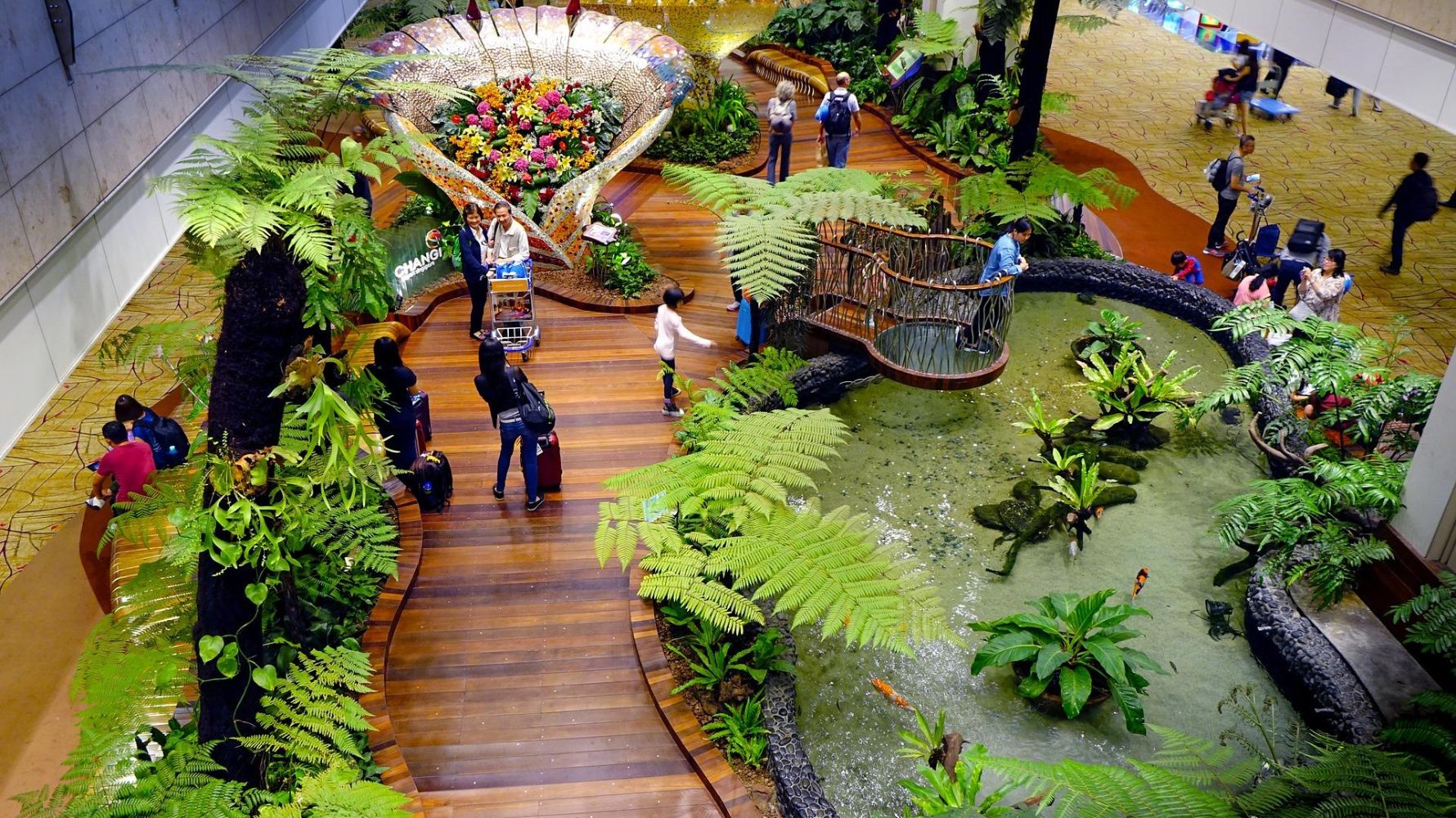 “Changi Airport is known for being a breeze to get through,” said Michael Ryan, Managing Director, Australia / New Zealand, Carlson Wagonlit Travel. “Lounges and lounge amenities were identified as priorities by our customers, which Changi offers in spades, including several pay-per-use lounges and free-to-use rest areas. Another major plus is that all X-ray checks are done at the gate, which saves travelers a lot of queuing time.”

Sydney Kingsford Smith Airport took the number four spot, making it the top-ranked Australian airport in the study, thanks to the many lounge options travelers can choose from at the airport, and the quick and easy access to the city center.

The five top-ranked airports are:

The top-ranked airports in Australia are Sydney Kingsford Smith (#4), Melbourne Tullamarine (#7) and Brisbane (#9).

London’s Heathrow Airport scored top marks for comfort with 44 lounges, including several pay-per-use lounges which can be used regardless of which airline a traveler is flying with or their class of travel. Heathrow also offers other options for corporate travelers to unwind between flights, including day beds, bedrooms and massage spots, across its four terminals

Other airports that score highly on comfort are Bangkok’s Suvarnabhumi Airport with 31 lounges, and Tokyo with 29 lounges. Sydney Kingsford Smith topped the domestic table with 22 lounges, followed by Melbourne Tullamarine with 20 lounges, and Brisbane with 13 lounges.

Looking at technology and connectivity, the majority of the airports identified as key hubs for

Australian business travelers have free, easily accessible Wi-Fi outside their lounges, alongside self-service check-in or bag drop options. Still, Changi Airport came in at the top for technology-enabled travel, with a host of other features such as a fully automated check-in system with electronic tagging and automated baggage drops, and a 3D CT scanner so that laptops don’t need to be removed from carry-on bags at security.

Hong Kong International and London Heathrow came in second and third respectively in the technology and connectivity category, with both airports making significant investments in upgrading their facilities.

Changi Airport ranked best for transport links, too. It takes approximately 30 minutes from the airport to the central business district (CBD) by taxi on a weekday morning, and costs around AU$20-30. Alternatively, travelers can take the Mass Rapid Transit (MRT) subway system, which takes around 53 minutes from the airport to the CBD, with trains running every two to three minutes at peak times, and every five to seven minutes in off peak times.

Examining on-time flights, Canberra, Perth and Brisbane airports flew the flag for Australian efficiency. Data compiled by FlightGlobal indicates that, on average, 87.3% of flights at Perth Airport were on schedule between April 2017 and April 2018 – higher than the average of around 80% for the 15 airports reviewed in the study. Canberra and Brisbane airports came in second and third, with 86.5% and 85.4% of on-time flights respectively. Melbourne Tullamarine ranked sixth with an on-time performance score of 81.8%, while Sydney Kingsford Smith ranked eighth with 80.6%.

“Staying productive is the top priority during a business trip,” added Ryan. “This means maximizing the time that you’re able to work during transit. It also means you need to arrive at your destination on time, refreshed and in the right frame of mind for your meetings.”

“Airports with facilities such as free Wi-Fi, automated or express check-in systems and a good number of lounge options can mitigate some of the stress experienced by business travelers. It’s great to see airports across the globe, including many here in Australia and the Asia Pacific region, using technology to make travel hassle-free.”

Research published by the CWT Solutions Group in 2013 identified flight delays, lack of internet access, and having to fly economy on medium- or long-haul flights as top stress triggers for business travelers. The study found that, on average, business travelers lost 6.9 hours per trip due to stress, costing their companies the equivalent of US$662.