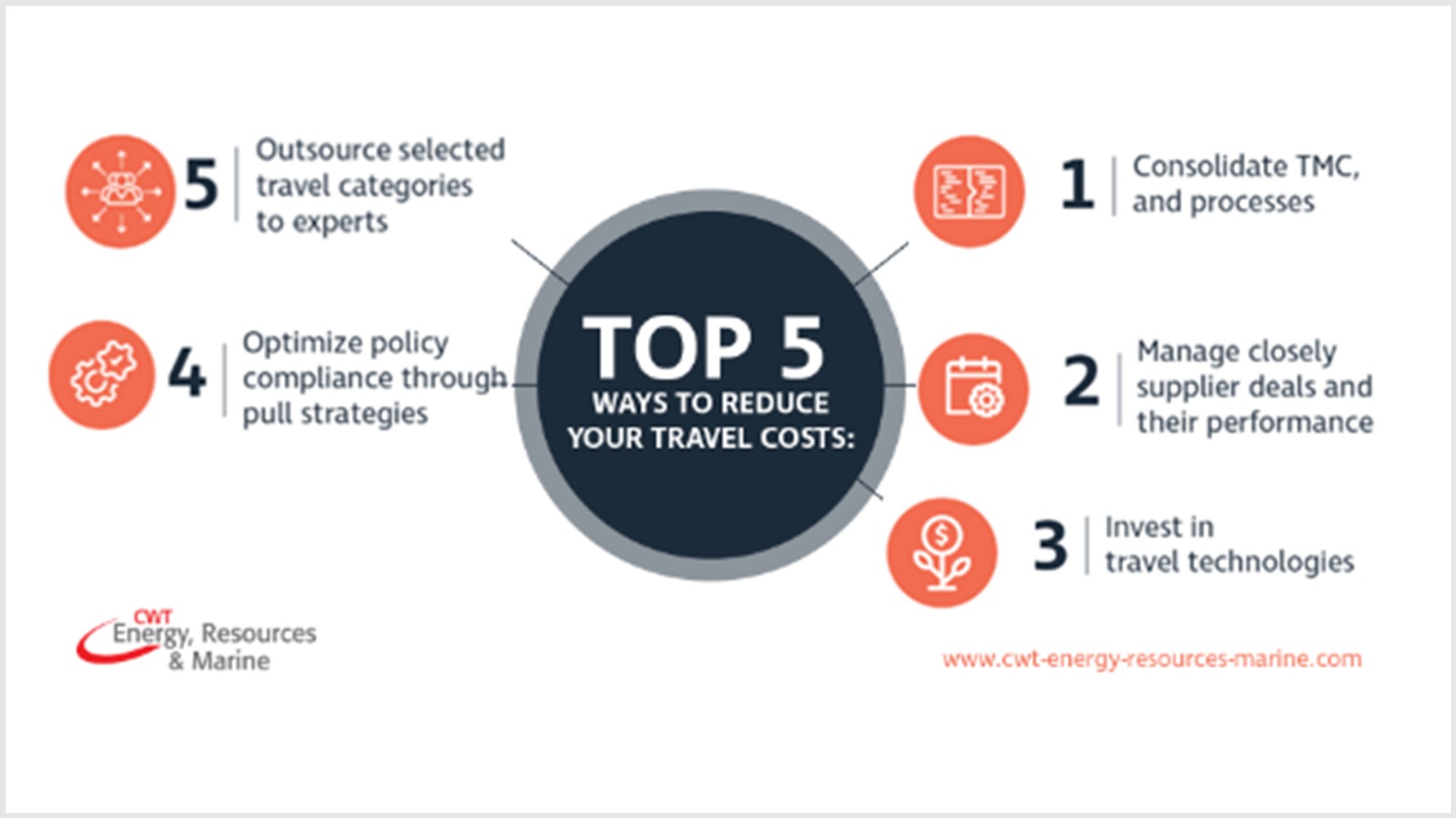 Airfares and hotel rates in key locations for the Energy, Resources and Marine (ERM) sectors are expected to rise in 2018 - according to CWT Energy, Resources & Marine, the specialist division of global travel management company Carlson Wagonlit Travel.

“Companies in this realm are finally set up to operate with profits despite the continued lower price of oil,” said Raphael Pasdeloup, senior vice president, CWT Energy, Resources & Marine. “We are seeing investments going up, especially within supply chains. With this increased activity ERM travel prices will rise, which means costs will need to be managed appropriately as budgets catch up.”

According to the International Monetary Fund, global GDP growth is expected to hit 3.6% in 2018. This, along with favorable foreign exchange rates (valued against the USD) within many ERM-dependent countries, will boost pricing. Expect operations in remote areas to see increased airline routes and hotel capacity, reversing the trend of the past couple of years.

Top recommendations for ERM travel in 2018:

While travel prices for the ERM sectors are broadly expected to rise across the globe in 2018, regional and local variations exist.

In North America, the demand for hotels has leveled off since mid-summer 2016, but supply is still expected to continue growing steadily throughout 2018.

Uncertainty surrounds Houston, in the light of the devastating effects of Hurricane Harvey. Despite being one of the key energy production centers in the region, it continues to be challenged by low oil prices, with low hotel occupancy levels - just above 60%. Hotel rates in Houston are forecast to decline 2.2% in 2018.

However, in Canada we expect slightly stronger positive growth for the hotel market, where cities like Calgary are projected for hotel rates to increase by 3.8% in 2018.

Air routes that had been discontinued to oil-rich markets are expected to open up again as the market improves. Houston is set to be one of the major beneficiaries, and airfares are projected to increase 2% as a result. Other cities such as Chicago, with strong domestic carrier competition, or Los Angeles, with strong international competition are expected to benefit.

The hotel market in South America is still very fragmented, with robust competition from a large number of brands and from independent operators.

Rio de Janeiro has an over-supply of hotel capacity, following the FIFA World Cup and the 2016 Summer Olympic Games, leading to rates falling by 3.8%.

The emergence of more low cost capacity is expected with air travel as Brazilian airline, GOL, increases its fleet. We’re also seeing the unbundling of fares, with airlines charging a base for booking a seat, and then separately for various ancillary services like checked baggage and meals. The overall impact is a reduction in ticket prices, however, with ancillary costs, the final prices for the entire journey may not be reduced or may even increase.

For what is a very broad and diverse region, it’s unsurprising to see significant disparity between growth rates in its different countries.

Overall, strong growth is expected in hotel costs and capacity in Europe, but a much flatter trajectory in the Middle East and Africa.

Hotel rates in Stavanger, Norway are projected to increase steeply by 11.5% next year, driven by increased oil exploration. Double-digit growth in international arrivals is expected based on a combination of the oil industry and tourism, particularly from China.

We see a similar pattern with airfares. Strong growth is on the cards for Western and Eastern Europe, while Africa is set for moderate growth.

Centers of ERM activity in Asia Pacific have all felt and, in some cases, still feel the impact of a particularly bad few years. Some key destinations like Mumbai, Singapore and Tokyo are rebounding, while others like Perth are still struggling.

In China and India, rises in airfares and hotel rates are inevitable because of the macro-economic picture of ever-increasing domestic demand. Indeed, there are potential capacity issues on the horizon if demand in the region stays on its current path.

At the same time, airlines are developing their business models and governments are acting to impose some control on the market, in an effort to increase capacity in line with demand. Low cost carriers are also set to play a greater role in business travel with route expansion and the provision of premium cabins.

Still airfares across the region are set to rise, with Mumbai, Jakarta and Manila all expected to see the steepest increases of 7.7%, 7.0% and 6.0% respectively.

With mining picking up again, there will be pressure on specific routes, particularly in Australia. Companies have a legal duty to impose minimal impact on the local community and that includes working with the airline(s) to make sure there is enough availability, at a reasonable price, even when the mining industry is taking up every available seat.

Companies and governments rely on us to keep their people connected. We provide their travelers with a consumer-grade travel experience, combining innovative technology with our vast experience. Every day we look after enough travelers to fill almost 200 Boeing 747s and around 100,000 hotel rooms, and handle 95 corporate events. We have more than 18,000 people in nearly 150 countries, and in 2016 posted a total transaction volume of US$ 23 billion.